Fog at the 24 Hours of Daytona

The race has been under caution for over a half hour for the 2013 Rolex 24 Hours of Daytona. Word on the ground is that visibility is clearing, but officials in the tower can't see anything. Here are some screenshots from the tri-oval. 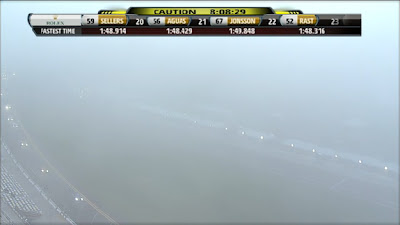 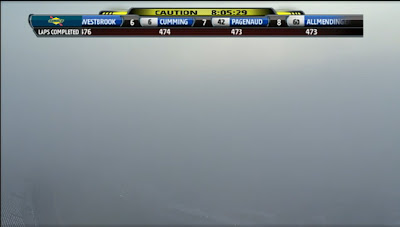 Later: Sunrise over Daytona as MRN tries to fix their audio. 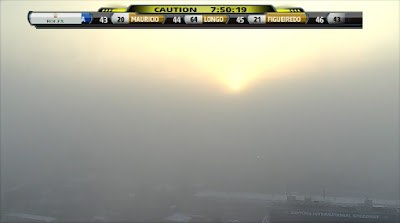