Kyle Busch is Unlucky; Does Donuts to Celebrate

Kyle Busch can't catch a break. For one, he drives what is consistently the ugliest car in the field every week, but he has been shafted when he's had a dominant car many times this year, many times involving wrecks. He's wrecked a ridiculous amount of times in the past few weaks between the Busch and Cup series, and they haven't exactly been minor wrecks. He had that "miscommunication" after a wreck where he thought his car was trashed and left the track, resulting in Dale Jr. driving his car to the finish. He flipped like crazy in the Aaron's 312 then smacked the wall hard in today's race. It's no wonder he declined the customary interview - and it shows that for all his immaturity, he at least has enough presence of mind to know when to keep away from the cameras.. well, when he isn't in victory lane, that is.

Despite all his bad luck, he did win a race, and suffered a case of foot-in-mouth disease, badmouthing the Car of Tomorrow in its first race. But he'd probably be our points leader right now if he weren't catching so many bad breaks - and I think he knows it.

After today's wreck, he tried to keep going with an obviously smashed car. The only result from this was he wound up doing a set of donuts on the backstretch of Talladega, much like the ones a winner celebrating would do. Who knows, maybe he was celebrating his own bad luck. 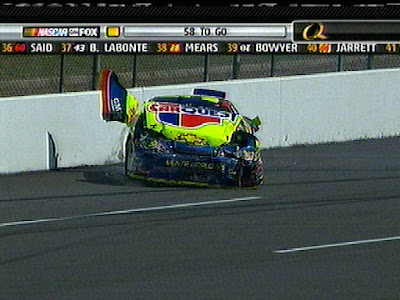 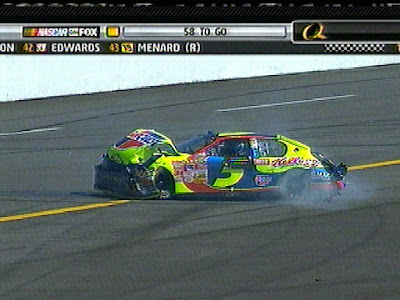 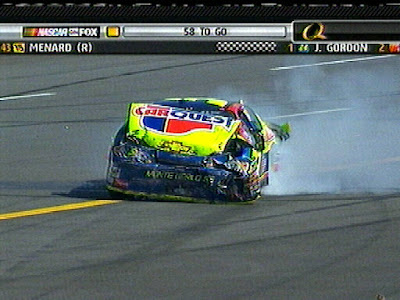 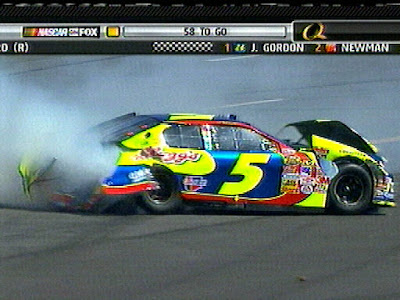 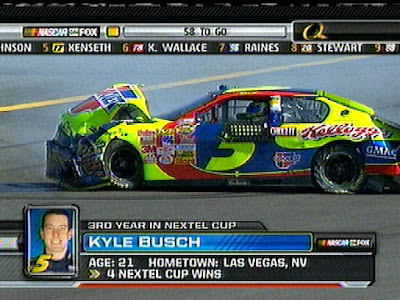