Juan Pablo Montoya dominated the NASCAR Busch Series Race in Mexico. This is the first time we've seen him on a road course in NASCAR, and he really had a chance to show everyone why he was in Formula 1. Unfortunately, he also wound up showing everyone why he isn't still in Formula 1. But we'll get to that later.


Juan Montoya was the class of the field, quickly taking the lead. While a middle portion of the race had him back in the pack, that was more the result of differing pit strategies than anything else. However, on the final pit stop a piece of the catch can broke off, not allowing any more than 8 gallons of fuel to be put in his car. He had to come back down pit road, and while there were still about 20 some odd laps remaining, with the field strung out his day seemed over. A lucky caution let him fix the gas situation AND change tires, giving him an advantage of about 10 laps fresher tires to his competitors at the front. That's a big advantage, and Juan Montoya capitalized on it. Even with fresher tires, few drivers could do what he did. He breezed through the field as if it was nothing, not even slowing his progress as he reached the front of the field. NASCAR regulars and road course ringers alike fell to him in a matter of moments. He was only slowed by the constant stream of yellow flags at the end.


It was possibly one of the most impressive displays of driving skill in NASCAR Road Course Racing History. Too bad it had to end so poorly. Here are screenshots of his progress: 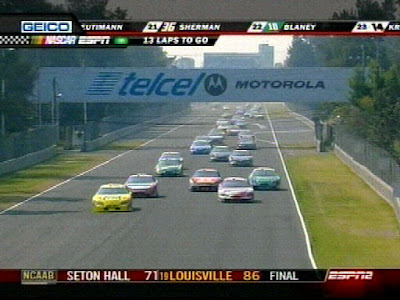 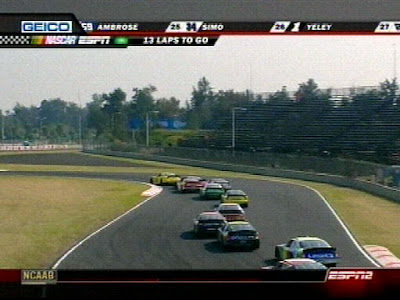 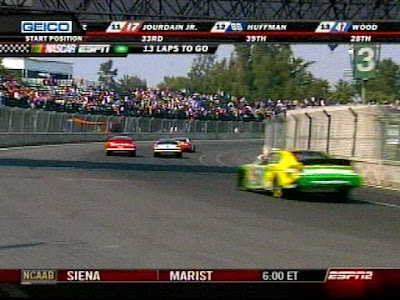 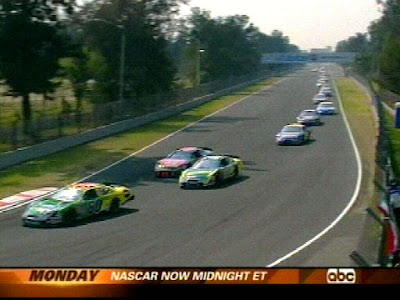 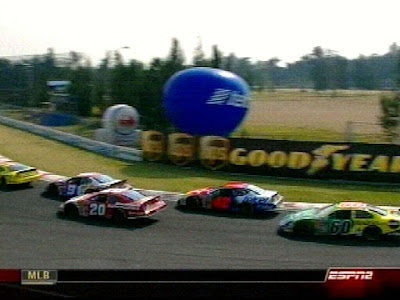 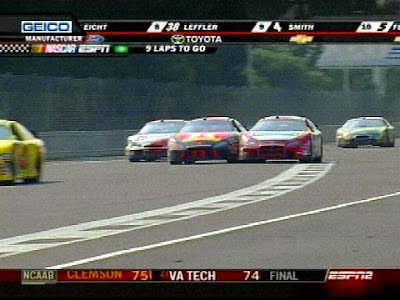 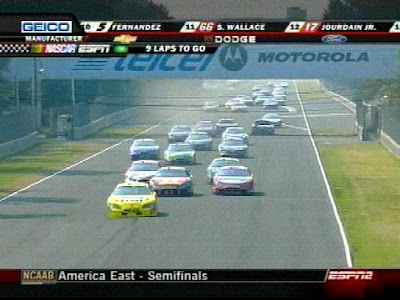 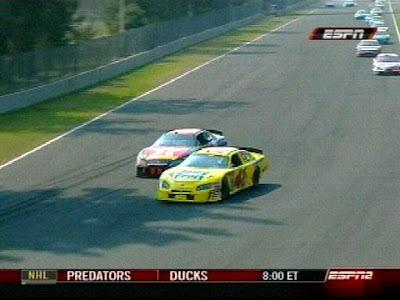