It was like going back in time as far as broadcasts go. Where now it is a 100% given that any caution means commercials, even when that means ridiculous amounts of time spent in commercial. Also, at the end of the race, we got to watch (on the Spanish channel) as Juan Montoya had to sit there for minutes doing nothing while the ESPN reporters told him to wait until the English channel got done showing us important things like Michael and Darrell Waltrip acting (poorly) in Aaron's commercials.
Watch out for Jaun Pablo Montoya on road courses: 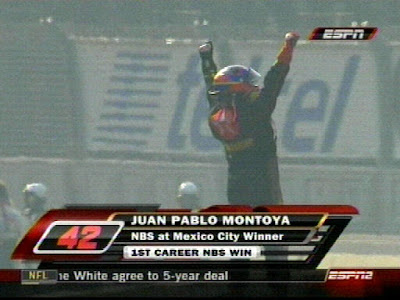 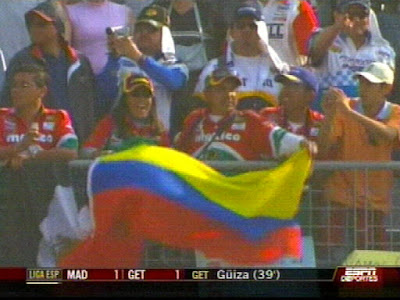 Brad Parrot is an emotional guy. He was literally crying in the post race interview: 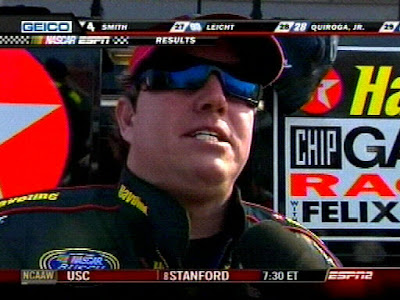 Race winners have to sit tight while waiting for the commercials to get done. 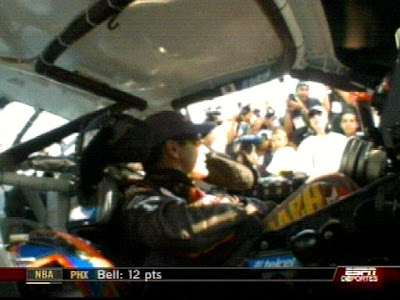 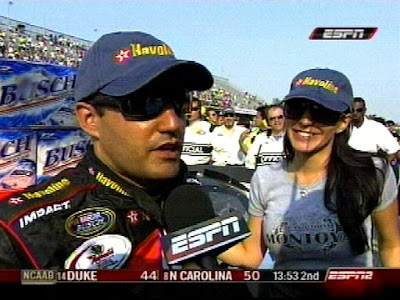