A few years back at the end of the 1999 season the series' most successful active owner/driver sold his single car team to join Robert Yates Racing. Ricky Rudd had fought long and hard to build up his number 10 Tide car into a competitive ride, managing to win at least one race every season. 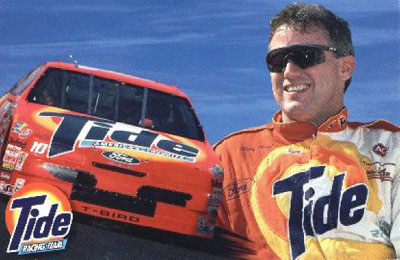 However, it was already obvious at this point there was no future for single car teams, and Rudd was too focused on his driving and managing his car to expand. When he signed the deal, he expressed relief that he could get back to focusing on driving without having to worry about any of the off track duties. He wouldn't even have to adjust to too many changes. He kept his crewchief from the 10 team, Michael McSwain, and Robert Yates bought his Garage facility to house the 28. Many of the Tide cars became 28 Texaco cars. The rest was auctioned off.

Rudd was a proven driver and won a few times over the years in the 28. He was the last driver to win in the 28. But I always had the feeling he was getting the shaft. Naturally, Dale Jarret held the spotlight with his championship caliber team. Multi car teams, even two car teams, are notoriously imbalanced. It seemed that until very recently (with Rousch and Hendrick building more balanced operations) the more successful one car was, the more the secondary car suffered. No experienced driver wants to be the number 2 guy at a team. This leads to animosity, tension, and frustration that just builds on itself as performance suffers. Think of any successful driver who has bailed on a good multi car team over the past few years. Rudd and Yates didn't split too happily, and there must have been at least some bitterness, which the press was quick to point out when RYR announced Ricky Rudd would be coming back to fill the seat vacated by Dale Jarret. Both driver and owner were quick to dodge those questions.

Awhile back I put a part time Schrader/Rudd combo in the 21 as the smartest possible move a team could make. But this is better. Ricky Rudd is the savior of Robert Yates racing - a big name, proven winner, and experienced veteran who can help get the team back on track while mentoring rookie David Gilliland. Rudd also has tested in the Car of Tommorrow extensively - something Yates is behind the curve on.

For Rudd, this is what he must have wanted when he first joined Yates. He gets to be the number one guy, and probably exert more independence. He'll be a threat to win more than a couple times in 2007. He's a good road racer, and Yates' last win came on a restrictor plate track, so their cars are pretty good there. Rudd knows how to wheel around short tracks and will probably be good at Pocono too. Will he make the chase? Probably not, but he might come closer than people will think.

There's the number issue, of course. They supposedly have yet to decide whether he will drive the 88 that has been solely the legacy of Dale Jarret, or bring the 28 out of mothballs. Obviously, Texaco is already taking advantage of the goodwill the original 28 with Davey Allison earned by using the old paint scheme - over with the 42 team. So the sponsor will be different. But from a marketing standpoint the 28 is best because it guarantees at least a few nostalgia themed pre race stories to earn whatever new sponsor adorns the car some extra TV time. The popular move will be the 28, and that's what I bet we'll see Rudd driving when preseason testing begins soon.

Posted by Sean at 11:58 AM No comments: Links to this post

NBC Apparently got in on the silly season predictions. Apparently Jeff Burton will be in the Number 9 Evernham Dodge, Kyle Busch is making the move to the RCR Cingular 31, Mark Martin will defect to long time Rousch-rival Hendrick Motorsports, and Kahne gets Martin's ride.

Obviously a computer glitch, but I still wind up wondering who would make out the best out of such a swap. 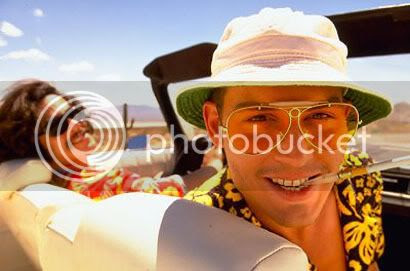 Posted by Sean at 7:24 PM No comments: Links to this post

These are some random screenshots I never bothered to post from this past Nextel Cup season. First up are some Stewart at Phoenix Victory shots: 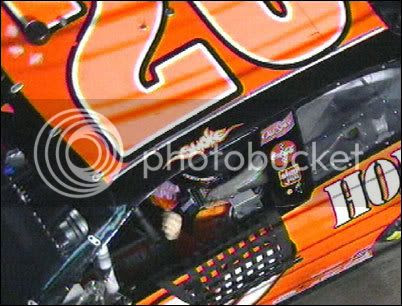 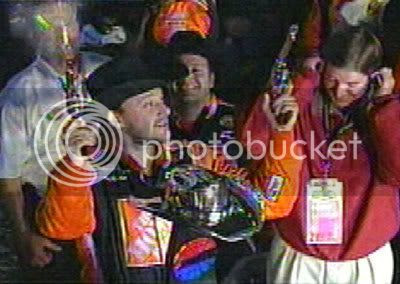 Posted by Sean at 6:07 PM No comments: Links to this post

During races, on NASCAR's website - the race fan poll has long been an interesting way to guage fan predictions and attitudes towards drivers, teams, skill, and what will happen. Obviously, it's not scientific or overly important, but it can still be interesting.

Unless one of the options is Dale Earnhardt Jr.

No matter what the poll is about, be it paint schemes, who will win the next race, who is the best driver - Dale Jr. Wins. By a huge margin. Even when it doesn't come close to making sense. You'd think Jr. fans would know what tracks he struggles on. He would still win any poll asking for the most likely driver to win, even if he wasn't even in the race. It makes sense. He's quick become the heir-apparent to Bill Elliott's "win the most popular driver award every friggin' year" streak.

So why don't we just go ahead and from now on exclude him from the polls? Just say, in the question, "Which driver, besides Dale Earnhardt Jr. do you think...?"

It's not that I don't like him. It's just it spoils the fun when you already know how it's going to turn out.
Posted by Sean at 2:44 PM No comments: Links to this post